As the pirated version of this movie came out a couple of weeks ago, I watched life of pi yesterday. For those who have watched this, we all know how beautiful this movie is. I know we must all like the CG and the sceneries. Who doesn’t? I was watching it in 720p and it was beautiful. How insanely gorgeous would it be in 1080p?

But what I love the most, is the characters. I mean, look at this guy

You gotta love this guy. I think this is simply the best person in the movie. He is responsible of the the movie’s title!! Well, seriously, he made Pi the way he is. After all, your name can effect your personality. If Pi was called… lets say (thinking about an indian name) Pratap, he would just sleep through the shipwreck and die or he ,even more likely, would just live a normal indian life in school and became an excellent engineer.

Finished watching this, something troubled me. I watched this movie with my family. My mom just like the tiger. Dad got surprised when he realized (thinks) that the whole story was a lie. There was me, thinking, does dad know what it means if he chooses to believe the latter story (the former being Richard Parker, latter being the canibal cook).

If you decide to choose the latter story, it indicates that you are an Atheist. Maybe you disagree or confused with this statement. Most likely, you didn’t even think about the latter story and were just so glad that this god forsaken 2 hour movie finally end. Okay I’ll start.

Pi has a irrational family. He has a lot of religion, with an Atheist dad, and I think hindi mom (+a brother prolly hindi as well). Pi jumps from one religion from another, more precicely he has multiple religion. While mom said it was okay for him to do this because Pi was still young, Dad would prefer Pi to

Listen, instead of leaping from one religion to the next why not start with reason? In a hundred years science has taken us farther in understanding the universe then religion has in 10.000. …. I would rather have you believe in something I don’t agree with that to accept everything blindly. And that begins with thinking rationally.

A lot of things happened. A LOT. Until we reach the end of the movie. The hospital scene, where Pi told the investigator 2 stories, told us another story. Now to the most important part.

I’ve told you two stories about what happened out on the ocean. No one can prove which story is true and which is not. Which story do you prefer? 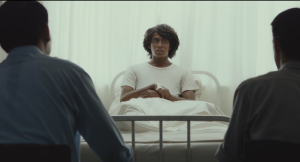 I think of myself as a rational man. So theres only one thing I can check, the thing that the Japanese said, whether Bananas float on water or not. Apparently, that is so conditional. Most likely bananas do float on seawater. So there is absolutely NOTHING to prove which story is true.

“The one with the tiger”, they chose.

If you had chosen that the one with the tiger is the true story, this means that you are a man of God. Most people choose this story, as it is beautiful, amazing, exciting, and above all Meaningful. All animals has a purpose, eat and reproduce. Somewhere in the evolutionary line, human lost their purpose. It is too easy to simply eat and reproduce. They need another purpose, to have a meaningful life.(I’ll talk about this in another post). The story is said has made people found god, it is successful if you chose Richard Parker Story.

The quote above also implies that if you choose the latter story, you do not believe in god. Atheism. I don’t know what to choose, and that is also where I am in everyday life. Its not like the 2 hour movie is a whole lie if you chose this story. It just means that the whole story is about Pi, conflict the cook, coping with the death of his mom ( + being eaten ), then he unleashes his inner beast and had to deal with it as well.

In the end, its true what the mother said.

Science can teach us more about what is out there but not whats in here. (pointing self)

If there’s one thing Inception taught me, is a case like this, its all up to the watchers to decide. In Inception, its unknown whether in the end Cobb is out of the dream world or not (the totem did not stop spinning), and it is for us to decide whether he had a happy ending or not. Its the same here. 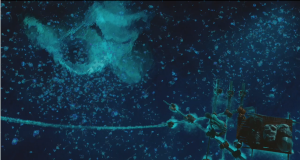 Rational thinking couldn’t prove which story to chose, only your heart can. Then again, Pi is irrational, he must know what to choose. Well, we don’t know what Pi chose.

In the end, believe what you believe.

What did you choose?

One thought on “Life of Pi”